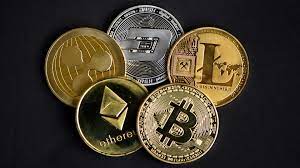 Although the gap between the concept and reality of a central bank digital currency in the US is wide, the views of various parts of the financial services industry about the possibility of a “digital dollar” from the Federal Reserve are starting to solidify.

In general, the traditional banking and credit union industries see the US CBDC as a threat. Many see it as an existential threat. In fintech, on the other hand, a CBDC is seen as an opportunity to increase participation in what could in theory become a significant part of the payments mainstream.

Payments organizations like Visa and MasterCard are also weighing in, in part as they seek to retain a role for companies like them in any future system where the digital dollar becomes a reality.

While the Federal Reserve is leading the way on CBDCs, other parts of the government, including the Treasury Department and Commerce Department, are getting involved, especially since the Biden administration issued an executive order on digital assets, covering CBDC development. was

For the US, the ongoing debate over CBDC comes at a crossroads for the private cryptocurrency and stablecoin industry.

The U.S. central bank has three main fronts for the future of digital currency.

First, there is the political debate about its need, its function and its form. Second, on the technology side, the way money works is incredibly complex. Third, because nothing exists in a vacuum, debate about the impact on the rest of the banking and payment systems is hardly an academic debate. Interestingly, while this was one of the reasons more banks start considering cryptocurrencies, Meta’s Novi Digital Cryptocurrency Wallet will shut down in September 2022.

Implications For The US Federal Reserve’s Digital Currency Policy

The Fed’s line so far has not been to endorse the creation of a CBDC, which it has argued should be mandate by Congress, but rather to examine the potential benefits of creating one.

Fed Vice Chair Lyle Brainard said in a speech to a bank, “Given the important role of fiat currency [money issued by the government], it may be an advantage for financial stability in the future that a safe central bank A Native Digital Form of Money,” England conference in early July 2022.

In May 2022 House testimony, Brainard noted that “commercial bank money,” created by the depositing and lending activities of banks and credit unions, derives public confidence from deposit insurance, the Federal Reserve’s liquidity assistance. Access to banks and the entire framework. of banking regulation. and supervision.

Although most commerce is conducted electronically, the majority of traffic consists of payment-related messages. A key element of CBDC is that electronic tokens are money. More than 100 central banks around the world are at some stage of exploring CBDCs.

After a long delay, in January 2022, the Fed released “Money and Payments: The U.S. Dollar in the Age of Digital Transformation.” The document outlined the CBDC issue in general terms and requested public feedback by the end of May 2022.

PayPal, in comments to the Fed, urged the U.S. to “take a leadership role” in CBDCs and suggested that “a digital dollar could be a logical next iteration to protect the U.S. dollar in the future.” Proponents of CBDCs often emphasize the role of the dollar as the main global currency and the risk that it could change, in part if other nations such as China make big strides in digital currencies.

Specifically, PayPal wants “me.” He discussed the idea of ​​a wider role for the private sector in the development of CBDC. And he promoted the idea that Americans would need a digital wallet to manage their money if the U.S., in part, were to adopt a CBDC.

“Non-bank financial services providers like PayPal and Venmo typically offer free onboarding and have no minimum balance,” PayPal said in comments to the Federal Reserve. In addition, PayPal’s two-way platform seamlessly connects both consumers and merchants. Our services provide a favorable customer experience and provide access to a digital marketplace not normally available. Accept cash or check.

More bluntly, PayPal said that “given the potential of non-bank fintechs to reach a broader population, it is imperative that US CBDC be offered and distributed by regulated banks and non-banks.”

On the other hand, Visa said in a white paper: “The decision to introduce a central bank digital currency should not be taken hastily.” The payments giant adds that it’s reasonable for all parties to ask, “Do we really need to do this? What problem are we going to solve?”

Clearly, the CBDC debate is seen as an opportunity to expand. The fintech space, but the banking industry’s concerns seem more fundamental. For many it is about survival, not competition for payments.

B Ank Groups Have No Interest In Cbdcs At All

A coalition of bank and credit union trade associations, including banking policy in The State University, the Clearinghouse. The National Association of Credit Unions and others have spoken out about the risks of creating a CBDC. The CBDC concept, which has yet to be detailed for the US, could include a retail version. In which users hold federal wallets and deposit directly with the Federal Reserve. There are other variations.

“The launch of the CBDC will fundamentally reinvent our banking and financial system by changing. The relationship between citizens, financial institutions. And the Federal Reserve, reducing the availability and cost of credit,” the statement read. will increase.” .

The argument here is that the classic private arbitrage of banks. Multiplies deposits with greater amounts of commercial and consumer loans. The coalition is concerned that Fed deposits will be viewed as safer than private banking deposits. Especially in a troubled economy.

Pushing the idea of ​​consumer accounts with the Federal Reserve to replace private banking is part of what kept. Law professor Saul Omarova from being confirmed as Comptroller of the Currency.

“If the intended purpose behind issuing a CBDC is to leverage technological innovation. We should take advantage of new developments in private money. “The coalition said, “such as real-time payment systems and stable Coins.” Well regulated. “

Commenting on its own, Independent Community Bankers of America noted a possible variation. Where the Fed would issue CBDC through accounts managed by private banks and fintechs. ICBA said: “Community banks may not be able to offer CBDC wallets as cheaply. Or easily as larger scale, less regulated fintech providers. Because CBDC wallet balances will not be loanable. It is likely that some community Banks will choose not to offer CBDC wallets. Because the business case is not sustainable.

Technological Advancements For The US Central Bank’s Digital Currency

In early 2022, after the Federal Reserve released its policy paper, the Federal Reserve Bank of Boston. And the Massachusetts Institute of Technology Digital Currency Initiative released a report covering the first phase of their “Hamilton Project”. The purpose of the project is to experiment with different ways that a US CBDC would operate.

The report is a preliminary, early stage description of some preliminary ideas being test. What has been release is a very early prototype that officials have clarify is not ready for deployment.

In late June 2022, Bunch, the Boston Fed’s assistant vice president. And former associate general counsel of Circle, the USDC stablecoin issuer. Provided an update on the technical side of the bank’s portion of the Fed’s investigation. District on CBDCs in a webinar.

“The Hamilton project is technical research and research only. It is not an attempt to build a production-grade system,” Bench said. It’s an effort to better understand technology and provide data to policymakers and leadership and open source [in the software realm] to understand how it can work, and also understand how it shouldn’t work. “

The sheer number of transactions that the CBDC system is able to transmit per second. As described by the bench, is mind-boggling.

Benz h described the second phase of the Hamilton project as the basis of prior learning. Interoperability of the model with existing payment systems is one of the objectives. Among others are CBDC’s ability to schedule payments, “smart payment” technology. And ways to ensure privacy while balancing the needs of law enforcement in money laundering and related contexts.

How will consumer CBDC costs work? The bench didn’t go into technical depth, but explained it conceptually. “It can work like cash, or it can work like other forms of payment. You can have person-to-person. There’s even offline person-to-person. You pay me $5 and we’ll click on the phone Digital Currency and it can work. Users can pay for things. It’s currently happening in China where you call your local Can use e-CNY to buy products at Wal-Mart. (The New York Fed is working on CBDC wholesale research under “Project Cedar”. Other technical work is underway with the Fed’s main TechLab.) 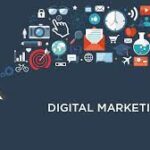 PILLARS OF DIGITAL MARKETING FOR BANKS AND CREDIT UNIONS
Next Article 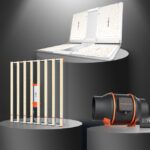