Stephen Hawking in the eyes of the family to NASA
SHARE

Stephen Hawking in the eyes of the family to NASA

Leading British scientist Stephen Hawking has died at the age of 76 today. He breathed his last at his residence in Cambridge, England, quietly.

Hawking’s death left a deep wound not only for the family but also for a number of parties who also benefited from the theories created by Hawking.

Hawking’s children, Lucy, Robert, and Tim, said that his father was an extraordinary person who will always be missed. He is also considered a father who loves his family and those around him very much.

“Hawking was a great scientist and a man of extraordinary work. The legacy he left can last for years. His courage, perseverance, brilliance, and humor have inspired people around the world,” they said. 14/3).

“He once said, ‘the universe wouldn’t be better without the people you love. We will miss him forever,” they continued.

“We have lost a colossal mind of extraordinary vigor. Rest in peace, Hawking,” Barners said.

Meanwhile, the Vice-Chancellor of the University of Cambridge, Professor Stephen Toope also expressed his impression of Hawking and how he will remember Hawking for the rest of his life.

“Professor Hawking is a unique person who will be remembered with warmth and affection not only by people at Cambridge but also throughout the world.

His extraordinary contribution to scientific knowledge, science, and mathematics will be an unforgettable legacy. His character inspired millions of people and will always be missed.”

One of Hawking’s colleagues at Trinity College who is now an astronomer, Professor Lord Martin Rees, told of Hawking’s enthusiasm when he first entered college.

“When I enrolled as a graduate student at Cambridge University in 1964, I met a student who was two years my senior. He was wobbly on his feet and had difficulty speaking. He was Stephen Hawking.

He had just been diagnosed with a degenerative disease at the time. could finish his Ph.D., but what’s amazing is that he lived to be 76 years old,” said Rees, who is now Professor Emeritus of Cosmology and Astrophysics at the University of Cambridge.

“The tragedy that Hawking experienced at the age of 22 did not let his expectations down. He himself said that everything that happened in his life since then was a gift. His name will always be remembered in the history of science. The world was inspired by his figure who fought all odds with extraordinary determination,” he continued.

“His theories open up all the possibilities for us and the world to explore. May you continue to fly like heroes in the world of microgravity, as you told the astronauts on Space Station in 2014.” 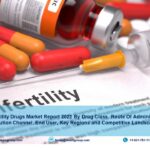 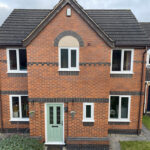 What Are the Things to Look for While Purchasing Double Glazing in Preston?
Leave a comment