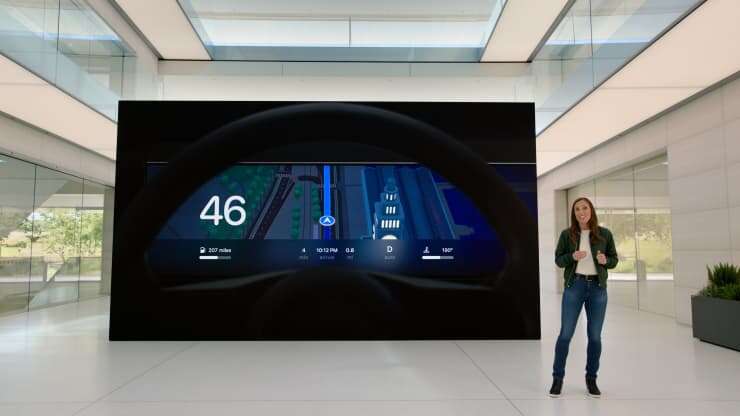 As a result of the iPhone’s enormous success, Apple is now looking to expand into the automobile industry. Automakers aren’t quite sure what to make of this new technology.

In June, Apple unveiled the next iteration of its CarPlay software for vehicles of all types. The driver’s iPhone powers a digital version of the gas gauge and speed dial that appears on every interior screen. It was claimed that CarPlay helps to sell automobiles.

According to Apple engineering manager Emily Schubert, CarPlay is already installed in 98% of new cars in the United States. Shockingly, 79% of US buyers would only purchase a vehicle that supported CarPlay.

During a demonstration of the new features, Schubert said, “It’s a must-have feature when shopping for a new vehicle.”

Both options are unappetizing: either offer CarPlay and lose revenue and the opportunity to ride a major industry shift, or develop their own software and serve an audience that may shrink as a result of CarPlay’s popularity.

Apple Wants To Join The Conversation

Vehicle owners will continue to be charged for additional services and features as automobiles connect to the internet and are able to drive themselves, and as they transition from gasoline-powered vehicles to electric- and battery-powered vehicles.

Apple Is Looking For A Piece Of The Action

GM, which was omitted from Apple’s slide, already earns $2 billion annually from in-car subscriptions. And expects that figure to rise to $25 billion annually by 2030. Rather than offering its “FSD” driver-assistance features like auto-parking and lane-keeping for free. Tesla now charges $199 per month for access to them. Tesla does not support CarPlay.

In China, electric vehicle makers are developing vehicles that can be repaired. Connected to other owners, or even have their rented batteries replaced.

Apps developed by Apple for the next generation of CarPlay will require a significant investment from car manufacturers. Some major carmakers have reportedly agreed to work with Apple, according to the company’s latest statement.

Before showing a slide with 14 car brands, including Ford, Mercedes, and Audi, Schubert said, “Automakers around the world are excited to bring this new version of CarPlay to customers.”

Automakers, according to industry watchers, need to embrace software services or risk being left behind.

At a time when the automobile industry believes it is still building automobiles, it is a difficult time. They aren’t. Conrad Layson, senior analyst at AutoForecast Solutions, said, “They’re building software on wheels and not even realising it.

New Revenue Could Be Generated By Carplay

Apple’s new version of CarPlay has the potential to become a major source of new revenue.

Users who enjoy the iPhone’s CarPlay interface are less likely to switch to an Android phone than those who don’t like the interface. Apple, whose hardware sales account for the vast majority of its revenue, has identified this as a top strategic priority.

Second, while it hasn’t yet charged automakers or suppliers, the company could sell services for vehicles in the same way it distributes software for iPhones.

In June, Apple announced that it was working on features that would allow drivers to make purchases while sitting in their cars. This summer, Apple announced plans to let users of the CarPlay system navigate to a gas station and pay for fuel directly from their dashboards, as reported by Reuters.

Apple already generates billions of dollars from the App Store, and if it ever decides to charge for services in automobiles, it stands to increase that.

Between $70 and $85 billion in total sales from the App Store are expected from Apple in 2021, with a cut ranging from 15% to 30%, depending on the app. For now, Apple does not take a cut of any physical goods or services purchased through iPhone apps.

As a result of the new CarPlay, Apple can also gain valuable insight into how people use their vehicles. If it ever manages to release its own car, which has been under highly secretive development for years, this information will be priceless. Both Apple’s CarPlay and CarGroup divisions operate independently.)

By tracking which routes are most popular and at what times of day they are most congested, Apple is able to improve its Maps app. It’s also able to track which CarPlay apps are getting the most attention and are being downloaded the most.

Apple could tap into a potentially enormous market if self-driving technology gains traction, according to Morgan Stanley analysts, who predicted this in a report earlier this year.

In a car with nothing to do for an hour, what does it matter? Morgan Stanley analysts wrote earlier this year that “1.2 trillion hours multiplied by anything is a very large number.”

Carmakers Appear To Be Sceptical

“Excited” is the word from Apple when it comes to the new CarPlay partners, including Honda, Nissan, and Renault. Over 17 million vehicles will be delivered by the 14 brands on Apple’s slide in 2021.

Automakers, on the other hand, may not be as enthused as Apple had portrayed them. Few of them have announced models that will be compatible with the new CarPlay, and most are unsure.

In a statement, a Land Rover spokesperson said the company is “working with Apple” to see how it can be “part of” Apple’s in-car entertainment system. The Land Rover and Jaguar spokesperson added, “It is too early to comment on future product offerings.”

Mercedes-commitment Benz’s to CarPlay was referred to as “discussions” with Apple, according to the company.

Apple’s claim that vehicles will begin to be announced. “Late next year” suggests that the lack of commitment from automakers may be a timing and product cycle issue. It’s possible that the cool reaction is due to the fact that the new CarPlay represents. A major shift in Apple’s relationship with automobiles.

New CarPlay requires the car’s real-time systems to send that information to the user’s iPhone. Where it will be analysed and integrated into Apple’s own software and displayed on the car’s screens. Apple’s interface will also include controls for your car. According to Apple’s promotional video, users can turn on the air conditioning by tapping an Apple-designed touch-screen button.

Loup Funds co-founder Gene Munster wrote in a research note that “gaining control of these root functions is notable. Because it effectively shifts the in-car experience from Apple’s hands to the carmaker.”

Whether or not carmakers will relinquish control over the in-car experience could be critical to the automotive industry. Carmakers like Tesla and Rivian have opted out of Apple CarPlay in spite of the protests of their customers for strategic reasons. Most likely (although Apple CEO Tim Cook reportedly took a ride in a Rivian truck earlier this month.)

Because of this, automakers’ ability to offer their customers third-party software and services will be hampered in the future. The ability to define a customer relationship with online services and apps may be lost as a result.

To be successful, “the OEMs must have a seat at the table somewhere so that when these services arrive. I have a finger in the pie,” analyst Richard Windsor said. There must be no use of a phone while driving unless the user keeps it in his or her pocket.” It’s game over for the automaker as soon as he activates. CarPlay or Android Auto or Android Automotive or anything else. Benefits of Hiring an SEO Agency
Next Article 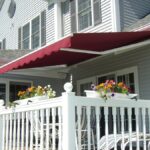