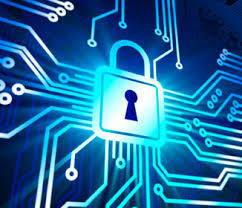 To stay ahead of the curve, “ethical hacking” was established. Because only a hacker can stop a hacker, businesses and governments have opted to hire ethical hackers to safeguard them. The phrase “penetration testing” was then coined. Although these names are frequently used interchangeably, there are some distinctions between them. We’ll talk about the distinctions and resemblances between them and the advantages of a penetration testing course.

Penetration testing uses different malicious approaches to evaluate a system or network to find security weaknesses. An approved simulated attack exploits a system’s weak areas in this procedure. A penetration test will determine whether the system’s present defensive mechanisms are sufficient to prevent security breaches. Countermeasures to lessen the danger of a system being hacked are also suggested in penetration test findings.

This test aims to protect sensitive information from outsiders such as hackers who may gain unauthorised access to the system. Once the vulnerability has been located, it is exploited to take advantage of the system to obtain access to sensitive data.

What Is the Difference Between It and Ethical Hacking?

What is the Role Of A Penetration Tester?

As a tester with a penetration testing course certification, you’ll undertake assaults on a company’s current digital systems to play a strategic, offensive position in cybersecurity. These tests may utilise hacking skills and equipment to identify potential security flaws. You’ll keep detailed records of your actions and compile a statement on what you did and how effective you broke security standards. The day-to-day responsibilities of a pen tester will differ based on the company. The following are some of the most common jobs and responsibilities you’ll experience in this position:

Make a Career Out of Ethical Hacking

Now is the most significant moment to start thinking about becoming an ethical hacker. As the magnitude of cyberattacks rises, so does the demand for ethical hackers and penetration testers. Hackers discover new ways to break into networks every day, leaving firms struggling. Cybersecurity professionals are in great need, and they work around the clock to keep the company safe and secure from hostile hackers. Obtain penetration testing course certification and develop job-ready skills.

Enrolling in a specialised penetration testing course or training programme is one of the most excellent methods to acquire the abilities you’ll need as a penetration tester. You may study in a more organised atmosphere while simultaneously developing different talents with these programmes. You may make money as a penetration tester by lawfully breaking into security systems. It may be a fast-paced, fascinating profession if you’re interested in cybersecurity and problem-solving.

The Worth of Words and therefore the online rhyme dictionary wordbook

Why You Need After Hours Vet Care 

What is speech therapy, and why is it important?

CHOOSING A BEST MOTORCYCLE ACCIDENT LAWYER IS SUCH GREAT JUDGMENT! What is the minimum credit score to have a credit card?
Leave a comment